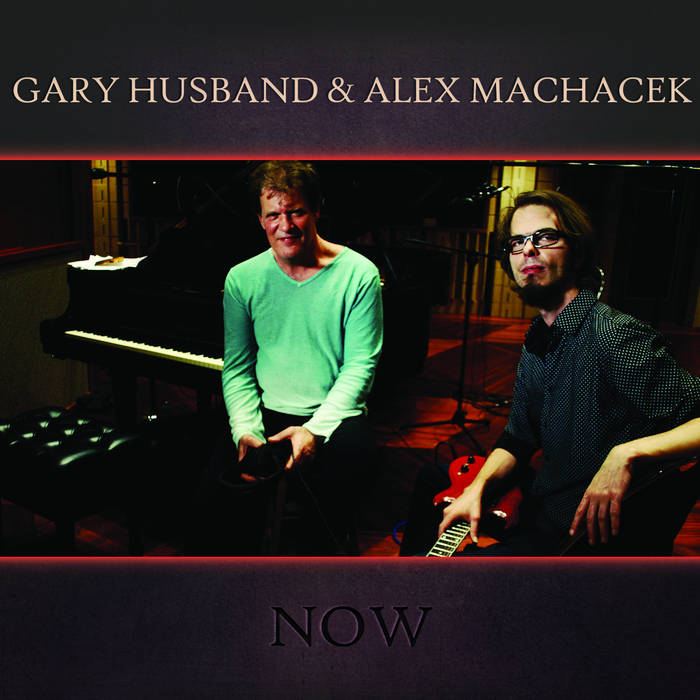 jojena (as fan) This is an absolute stunning and beautiful album. Master Chick Corea says it all in the liner notes, there is nothing to add. Well, maybe the quality of the recording. A reason to buy and hear this in hi res - be it FLAC or CD.

PAUL AUKSZTULEWICZ Gary - to another meeting of the spirits, until next we meet. Thank you for the inspiration. With warm affection. Paul Auksztulewicz.

Steve Lawson A truly extraordinary album. So beautiful, such deep writing and sensitive improv. And, as always, Alex combines his guitar playing with some of the finest sound design around. Super-subtle textural additions to his exquisite guitar lines. Two of my favourite musicians playing together, I knew it would be great, I just didn't know *how* great…

Now brings together two maverick voices of contemporary improvisation in a engaging, open-hearted conversation. Collaborating as a duo for the first time, pianist Gary Husband and guitarist Alex Machacek opt for a spare, stripped-down approach that highlights their intuitive, borderline-telepathic interplay across a program of original compositions. Whether locked in dazzling unison runs or gracefully yielding to evocative, sparse passages, Husband and Machacek prove to be both formidable performers and remarkably attuned listeners – making their collaboration a vibrant, exchange in which one voice supports, enhances, and enriches the other.
“Before this session,” Husband explains, “we had performed and recorded together just a few times—and it’s been predominantly an electric situation that involved me as a drummer.” With multi-instrumentalist Husband sticking to piano and Machacek on tastefully toned electric guitar and acoustic guitar, Now’s nine resonant, exploratory tracks find immense common ground between the two players. “Once we started playing,” Husband continues, “it became clear to me that we were going to be on the same page somewhat, with a quintessential European quality to the writing and playing, along with references to classical, folk, and even bluegrass idioms.”
The result is a profound, stirring experience that is eminently accessible on the surface — but that also rewards deep listening.
Among the most renowned musical minds of Britain's fertile post-fusion instrumental improv scene, Gary Husband has won equal acclaim as a drummer, composer, and pianist — having performed and recorded alongside such visionaries as Allan Holdsworth, Jeff Beck, Robin Trower, Jack Bruce, Billy Cobham, Andy Summers, Mike Stern, and many more. Since 2005, he has been seen on keyboards and second drum kit with John McLaughlin's band, the 4th Dimension. Hailing from Austria and now based in Los Angeles, guitarist Alex Machacek has rapidly emerged as a vital force in contemporary fusion circles as both a quick-witted improviser and a startlingly original composer. No less than John McLaughlin remarked that "Alex Machacek's music starts where other music ends." Working as a sideman and bandleader, he has been heard in the company Terry Bozzio, Eddie Jobson, Jeff Sipe, John Wetton, Virgil Donati and others.

Bandcamp Daily  your guide to the world of Bandcamp

Serena Cherry debuts her black metal project, plus a Pick from the Crypt block from Svalbard